I know I am probably the last person to give advice or write about marriage these days. Two years ago, I thought I was an expert on the subject. After all, I had been married 35+ years. Boy, was I wrong. But, my beautiful daughter and wonderful son-in-law celebrated their 2nd anniversary last night. Two years and still in the honeymoon phase. 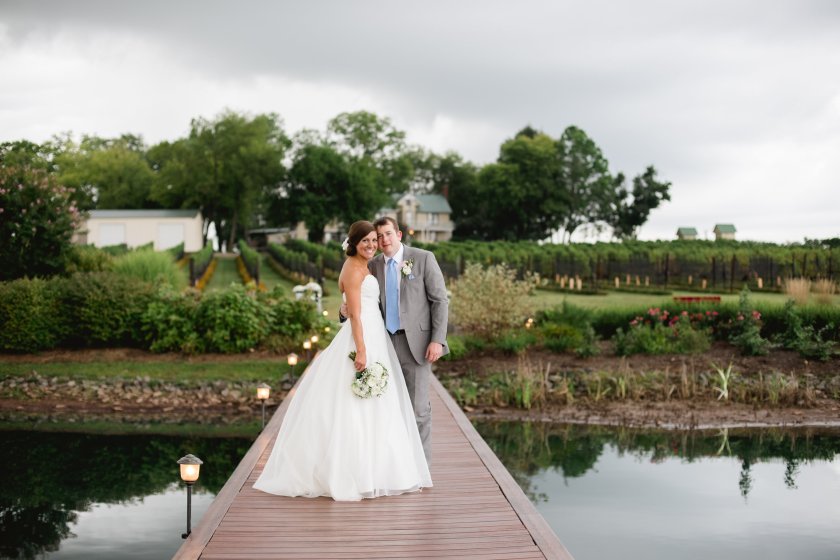 “Marriage is not a noun, it’s a verb. It’s something you do. It’s the way you look at your partner every day.” Barbara De Angelis

My “wasband” (WAS the husband) and I met when I transferred to Wake Forest University from UNC. He was the first person I met at Wake. We were both accounting majors and therefore in most of the same classes. I followed him to the parking lot after class one day to see where he parked and saw this beautiful, nice car backing out of a spot. I thought, shallowly I might add, “Ahhh, he drives a nice car.” Nope, not him. Suddenly I hear this loud muffler from an old beat up car, sounding like it was about to explode, and yes, THAT was his car! Still… I started parking my car in that lot! We sat together in class. I remember one class when the professor, Delmer P. Hylton (any Wake accounting majors out there?) asked a question and went all the way around the class looking for the answer. Well my ex gave a pretty good answer and I thought I was safe. Nope! Never safe in that class. Problem was, I was the last one to be asked and there were no other answers for me to even make up! So Hylton said “Miss Holcomb, that smile might get you somewhere outta class, but in class is a different story.” Oh Lord, I thought I was going to die right there!

We were both dating other people, me a baseball player for the Winston-Salem Red Sox (farm team for the Boston Red Sox – now they are the Dash), and he a girl who had graduated. We were friends all of my junior year, but the summer brought about different feelings. First date was 4th of July. One year later, we were married. That was the beginning of a truly beautiful relationship that spanned 35 years and 3 beautiful kids. We were happy, or so I thought. I’ll leave it at that for now.

So my daughter and her husband – how did they meet? At acac of course! After freshman year of college, both were working there one summer. She was a manager at our outdoor waterpark and he was a summer camp counselor who brought his kids to the pool each day (probably to see her!). They were both HUGE Carolina fans and discovered they had that in common immediately. Did they date then? NO! Date during college? NO! After college? Not really. He would go visit friends in Charlotte, where she lived, and my daughter would meet him for dinner. And she would run into him at acac when she came home (he took a job with acac after college). They were great friends. THEN… he moved to Charlotte for graduate school. What a coincidence. Maybe now they would get somewhere. But, in a BIG turn of events, acac offered my daughter a position at our new club in Richmond, VA. My daughter was looking for a change from the public accounting world and had always loved fitness, so she agreed. She left Charlotte a couple of weeks after my future son-in-law moved there. Here comes the BIGGER turn of events. Two months later, acac offered my now-son-in-law the opportunity to be the Director of Fitness and Personal Training at the new club. So he transferred his graduate program to a school near Richmond and moved. Hmmm… now they found themselves working closely together. They had a great friendship that turned into dating. Next thing I know, he tells me he wants to propose! They were going to my beach house for a week and he wanted to propose there. Needless to say, I was thrilled! Because before they started dating, my son-in-law and I were friends at work. And my kids knew him and liked him. When I had ACC tournament tickets for the family and had an extra one, I invited him. He and I took biathlon class together at acac and the instructor used to jokingly say “Oh I see Leslie is next to her future son-in-law!”  And this was way before they thought about dating… or maybe not!

“A successful marriage requires falling in love many times, and always with the same person.” Mignon McLaughlin

Their wedding was perfect y’all. Perfect. First the venue. They wanted to get married outside, at a place different from anywhere their friends had married. A note about my son-in-law: he is a master researcher/shopper. So they had a list of venues for us to look at. We started on Friday mid afternoon and after visiting and eliminating 5 venues, we had one more to see. My daughter was feverishly searching online for more venues to see the following day because we were so distressed. And this last venue was in Culpeper, VA, 40 minutes north of Charlottesville. We thought to ourselves that this was probably a lost cause and we were bone tired, but we did not want to hurt my son-in-law’s feelings. However, as we drove into the venue, we knew this was it. PERFECT! Old House Vineyards. The vineyard was beautiful. The “Old House” was perfect. There was an island in the lake for the ceremony where they set up the chairs and truly, no decorations were needed because there was a trellis with a waterfall in the lake and it was so beautiful. And the reception was held in the pavilion right there. Perfect! 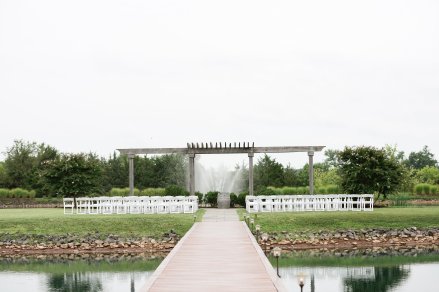 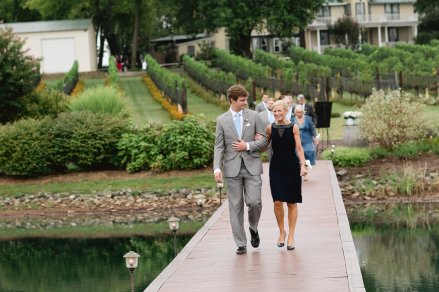 My handsome escort – my son… 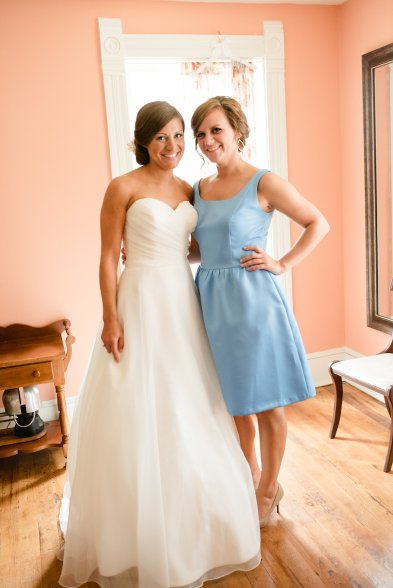 The rehearsal was hot and sunny Friday night. BUT Saturday morning my daughter and I went out to run (Bride’s wish and I was complying) and it was pouring rain! We ran anyway and all of a sudden I said “did someone just take a picture of us – 2 crazy women running in the rain?” “No that was lightning.” “Oh My Goodness we cannot run in thunder and lightning!” At this point, the Bride lost it. She wanted to get married outside on the island and NOT in rain. Total meltdown. We stood in the rain (and lightning) hugging and crying and I said, “I promise you, you will get married outside. Trust me. I promise you. Let’s just keep running.” We did. The rain slacked off. It stopped raining by noon. How could I promise this to my child? That she would get married outside when it was pouring rain? I had a “God Moment” a couple of days earlier. I was running an errand, and while stopped at a stoplight and saying a BIG prayer to God asking for good weather for Saturday, I looked at the car in front of me, and there was a sticker “DON’T WORRY, GOD’S GOT THIS!” I took this to heart.

Despite my confidence that they would get married outside on the island, when we got to the venue that morning, we went directly to the pavilion, moved all the reception tables and set the chairs up so that she could walk down an aisle (that is what my son-in-law wanted for her). And truly, it was lovely. Still… the island was beautiful. So after her meltdown, my daughter was fine! My son-in-law paced around the reception hall, and the wedding planner kept asking if they could move the chairs back – to which I said no way until 4:30 (wedding was at 5:30). Even though the weather was clearing up, I did not want to jinx ourselves. They got married outside, on the island. My beautiful daughter walked down the aisle on the island all smiles as if she was Miss America! And my sweet son-in-law cried as she approached him. Having the wedding on the island included a special part with a love lock that the vineyard supplied with their initials and date. They put this lock on the “pier” rope and threw the key in the water. Funny story here – one of the guests had been married and divorced 3 times. He told another guest that he was glad they did not have that ceremony when he got married or he would be digging around the lake for his keys. To which, the other guest replied, “you would have had to use a combination lock!” 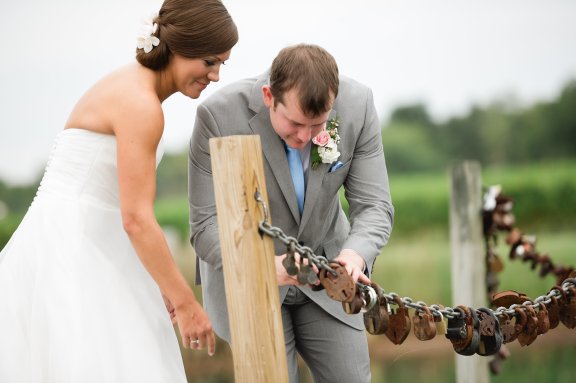 The lock… throw away the key… this is for keeps! 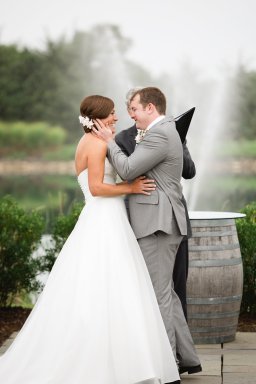 Did I mention that the wedding was a CAROLINA wedding? Yes… the bridesmaids wore Carolina blue dresses, the groomsmen Carolina blue ties. But one of the greatest things was my daughter’s shoes. Remember I said my son-in-law was a master shopper? Well as soon as they were engaged he found her Carolina Blue bridal shoes online – last pair and they were in her size. Meant to be. I remember showing them to my sister and her response? “She can’t wear blue shoes to get married in!” (We all wore white linen shoes.) But at the wedding, she said “those shoes were perfect!” And they were… just like the newlywed couple. 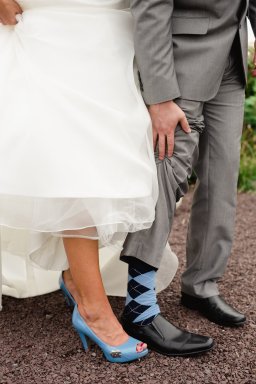 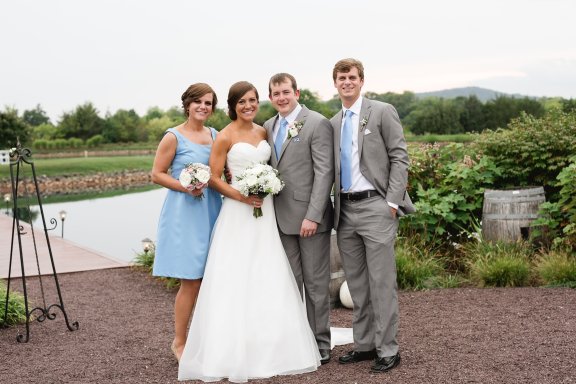 The reception was FUN! So much fun! Great food, wine, beer, music, and dancing. All of our friends and family were there. Everyone was dancing! One of the happiest days of my life, and I am sure the happiest day of my daughter and son-in-law’s lives.

“A strong marriage isn’t magically created when you say ‘I Do’… It’s built on a lifetime of I DO’s: I DO love you, I DO cherish you, and I DO choose you.”

I remember when we went for pre-wedding counseling, our minister, Rev. Iobst, told us he had no advice for us at that moment. Why? Because there is no way we would listen or hear whatever he had to say. All we wanted to do was get married. He was right. He said we should come back a year later. We never did. Does anyone?

So what is my marriage advice?

My children and I are in NYC this week for a special (and I am sure a very FUN) wedding Saturday. We have lots of fun things planned. Lots of friends to see, and lots of love to celebrate. I’ll share our NY experience next week!

Cherish your spouse or partner and always make them feel as if they are the greatest treasure in the world. Don’t take them, or tomorrow for granted, because as we all know, tomorrow is not promised to anyone.

See you next week! 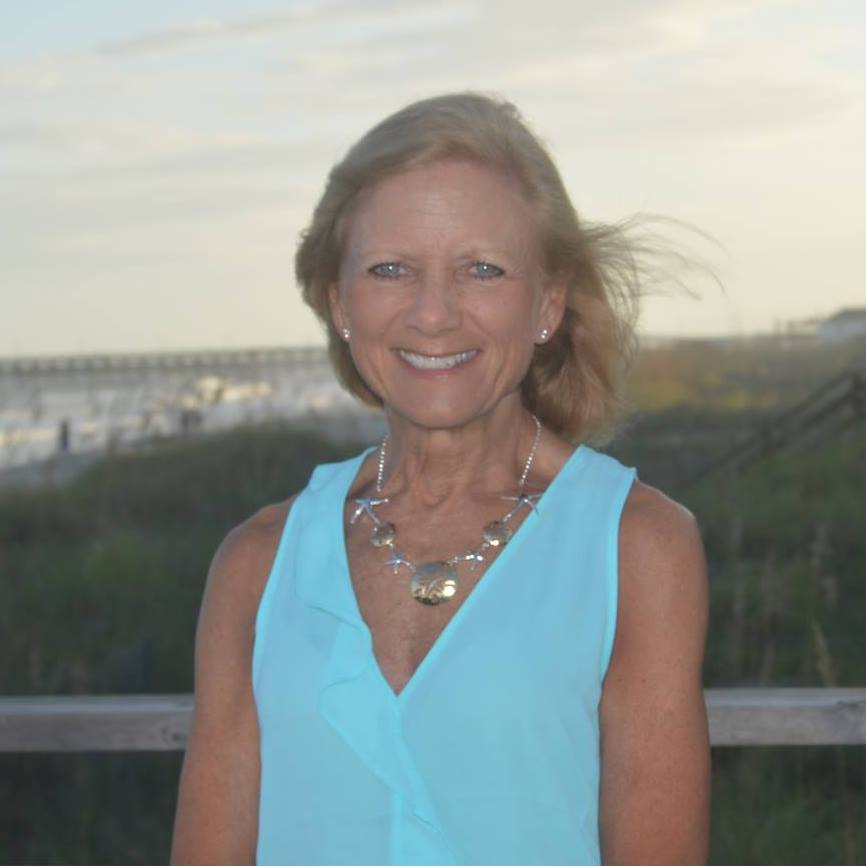